Thanks to its location, Sorrento is the ideal spot to discover the most beautiful and famous towns of Campania.

From Naples to Pompeii, Capri, Ischia, Positano and Amalfi a richness and diversity of natural and cultural beauty without equal. 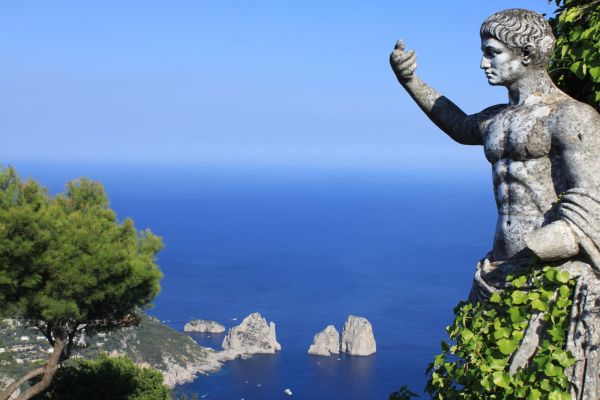 Capri has captured the heart of many a visitor who have sung, written, painted and talked about this enchanting spot. Visiting of Capri and Anacapri. Whilst on the island, enjoy an optional visit to the fabulous villa of Dr Axel Munthe whose best selling book ‘Story of San Michele’ tells of his time on Capri; or decide to take the chair lift to the top of Mount Solaro a unique and hair raising experience (payable locally). You also have your chance to explore Capri Town with it is winding streets, many cafes and the lovely Piazza Umberto. The colourful gardens of Augustus overlooking the famed Faraglioni Rocks. There’s just enough free time to visit the elegant shops, stroll along the cobbled streets or simply relax..
Amalfi Coast 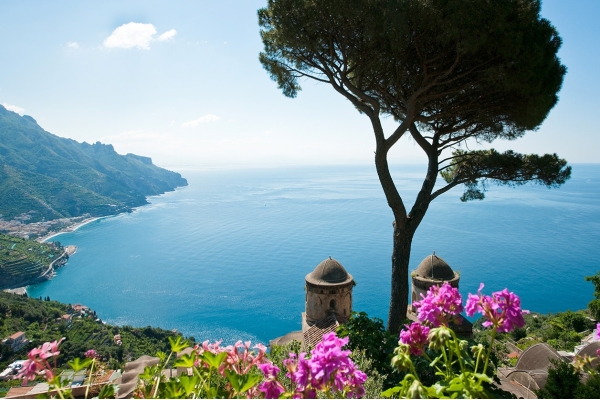 The Amalfi drive is the most spectacular drive in Europe. The winding cliff top road offers breathtaking panoramic views at every town. Each spot is as fantastic as the last and will inspire the imagination and create unforgettable memories. Amalfi, which was once a thriving Marine Republic, powerful and prosperous is now an amazing holiday resort dominated by the beautiful cathedral which stands majestically on top of a great flight of stairs on the main square. Housed in the Cathedral are the remains of the patron saint of Amalfi, St.Andrew. From Amalfi we travel to the picturesque town of Ravello 1.100 feet above the sea level. There we visit the exclusive Villa Rufolo which inspired Richard Wagner to create some of his most famous works.
Pompeii 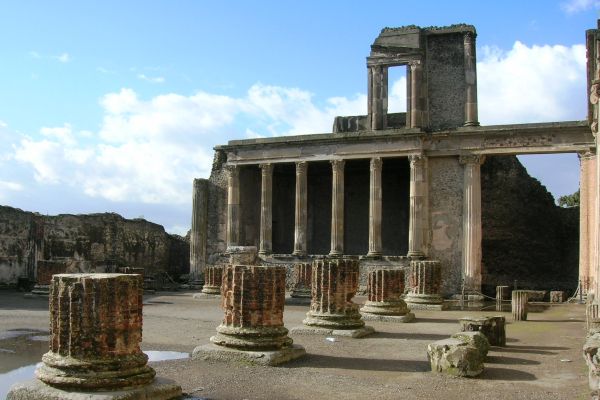 Pompeii was buried, together with Herculaneum, Stabiae, Torre Annunziata, and other communities, by the catastrophic eruption of Mount Vesuvius in 79 AD. The circumstances of their destruction preserved their remains as a unique document of Greco-Roman life. Pompeii, Herculaneum, and Torre Annunziata were collectively designated a UNESCO World Heritage site in 1997.
Mounth Vesuvius 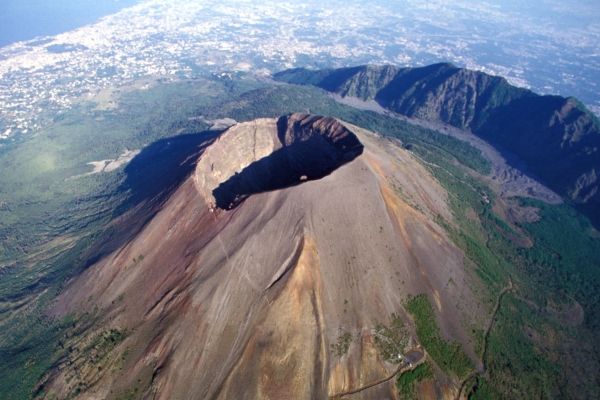 Mount Vesuvius is an active volcano that rises above the Bay of Naples, known for its eruption in AD 79 that led to the burying and destruction of the Roman cities of Pompeii and Herculaneum. The area around Vesuvius was officially declared a national park and the summit is open to visitors.
Naples 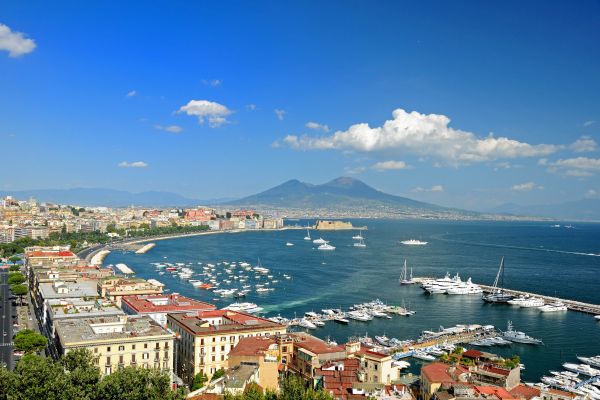 Naples is a real treasure chest filled of art and history, indelible signs of the past dominations, each of which has contributed to the building of this city that in the center encloses a heritage so rich it has been designated World Heritage Site by UNESCO. 2.500 years of history told by palaces, churches, monuments and art galleries.
Caserta 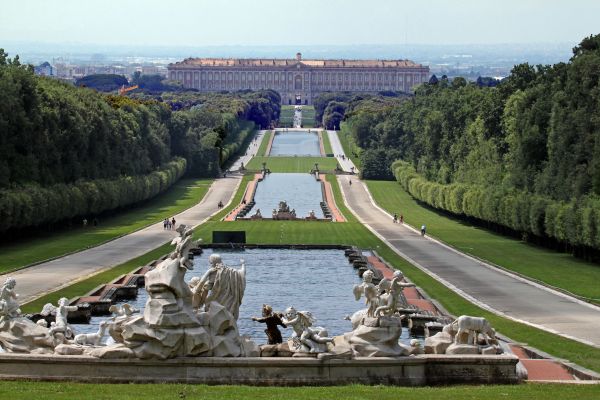 The Royal Palace at Caserta and its park, inserted as one of the 47 Italian UNESCO World Heritage Sites in 1997, are treasures of truly incomparable splendor. Commissioned by Charles III of Bourbon in the 1700s, Luigi Vanvitelli planned this palace, a triumph of the Italian Baroque and one of the most famous and important works by the Neapolitan architect.
Herculaneum 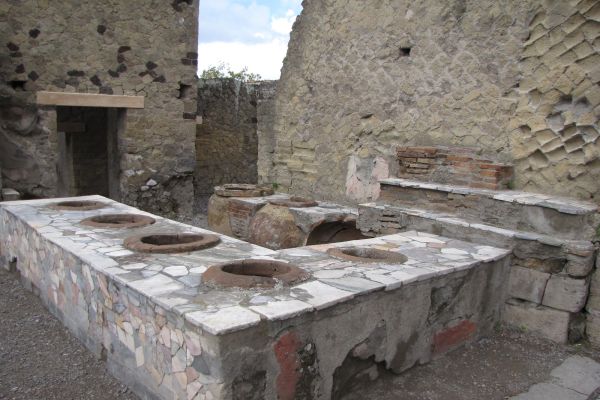 Located in the shadow of Mount Vesuvius, Herculaneum was an ancient Roman town destroyed by the volcanic eruption in 79 AD along with Pompeii, Stabiae, Oplontis and Boscoreale. Unlike Pompeii, the deep pyroclastic material which covered it preserved wooden and other organic-based objects such as roofs, beds, doors, food and skeletons.
Ischia 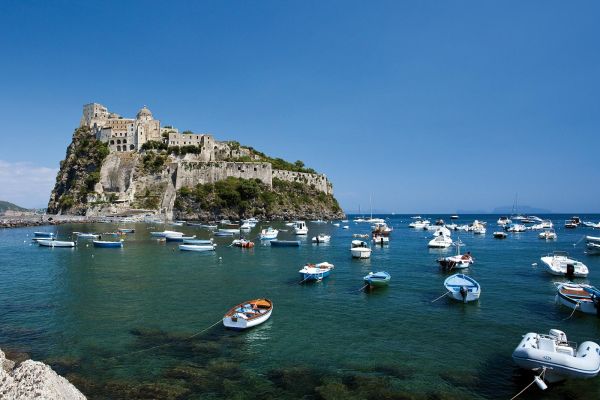 Sitting serenely in the Gulf of Naples, Ischia is an international tourist destination, offering crystal clear waters, unspoiled landscapes, cultural sites and more than 300 spas thanks the thermo-mineral springs in its underground. Ischia is also known as "The Green Island" due to its numerous pine trees and a rich Mediterranean vegetation.
Phlegraean Fields 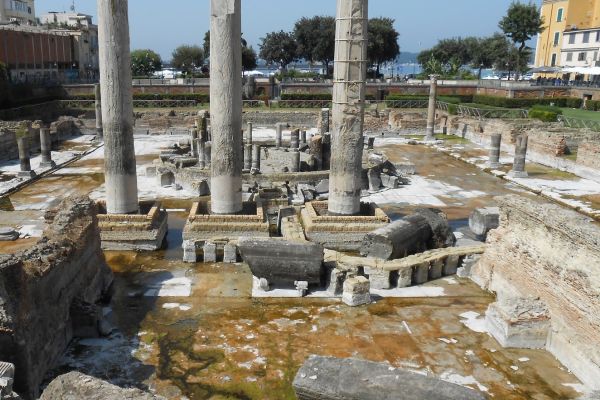 The Phlegraean Fields, situated to the west of Naples, are a large volcanic area known since ancient times for its vibrant volcanic activity visible to the Solfatara. A fascinating territory with a varied and interesting landscape, the wealth of archaeological sites and evidence of the distant past, the myths of Virgil, Charon and the Sybil of Cuma contribute to the charm of the Phlegraean Fields.